One of the most significant moments in Irish history happened on 29th April 1916 directly outside where our restaurant now stands.

1916 was the year of ‘The Easter Rising’ when over 1,200 Irish rebels, mainly in Dublin, attempted to end British rule on the island of Ireland. The aim of the rebellion was to create an Irish Republic completely separate from the British Commonwealth after hundreds of years of British occupancy. It was the largest uprising in Ireland since the rebellion of 1798.

There were a number of significant figures who led the rebellion such as James Connolly, Thomas J. Clarke and Thomas McDonagh, but none were more instrumental than Commander in Chief of the Irish Volunteers, Patrick Pearse.

Pearse, an Irish teacher, barrister, poet, writer, nationalist and political activist has come to be seen by many as the embodiment of the rebellion. He led the rebellion which began on Monday April 24th and finished six days later when he was captured outside The Kingfisher Restaurant.

Almost exactly 60 years before The Kingfisher was established in 1976, Patrick Pearse surrendered to Brigadier General William Lowe and his son, Officer John Lowe on 29th April 1916, thus signaling the end of the famous 1916 rebellion.

Patrick Pearse, having read the Proclamation of The Republic, being Commander in Chief of the Volunteer forces and one of the signatories of said Proclamation was one of the most significant people in modern Irish history. His capture and surrender to British forces outside where The Kingfisher Restaurant now stands was one of the most significant events in Irish history, and the turning point of the failed 1916 rebellion.

After surrendering to the British Army, he was then taken to Arbour Hill Prison where he wrote his famous letter instructing ‘unconditional surrender’ and for all rebels to ‘lay down arms’. He was executed along with the other signatories of the proclamation three days later.

‘In order to prevent further slaughter of the civil population and in the hope of saving the lives of our followers, the members of the Provisional government present at headquarters have decided on an unconditional surrender, and commandants or officers commanding districts will order their commands to lay down arms.’

THE SURRENDER OF PATRICK PEARCE 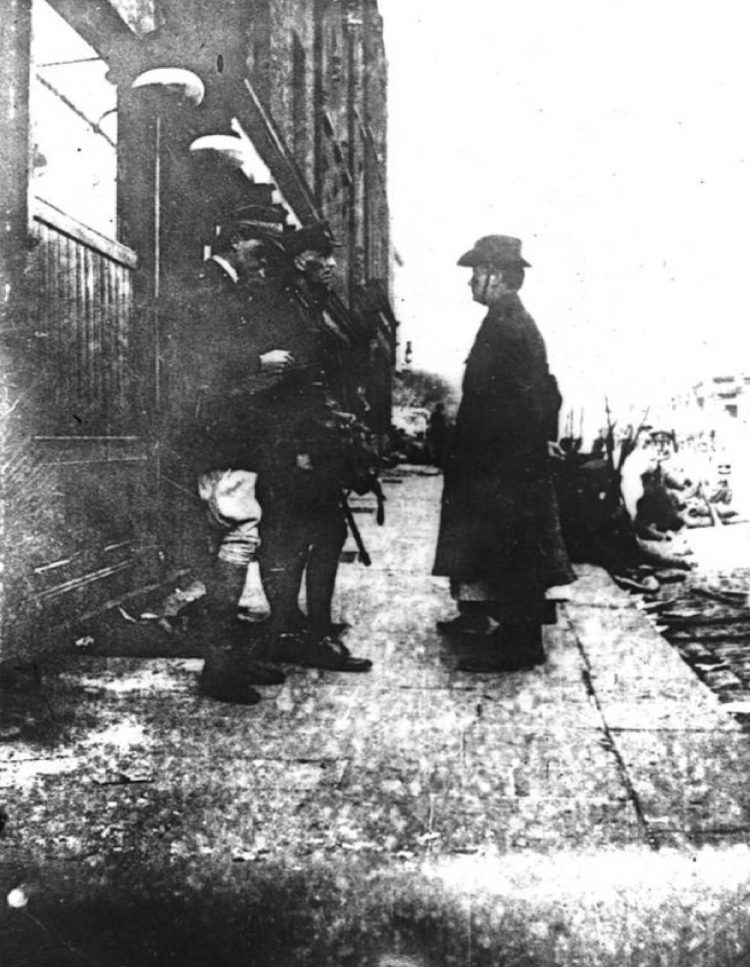 This picture is one of most famous and widely reproduced images in Irish history, and is considered one of the defining moments of the 1916 Easter Rising. The photograph depicts rebel leader and Commander in Chief of The Irish Volunteers, Patrick Pearse, surrendering to Brigadier General William Lowe outside where the present day Kingfisher Restaurant now stands. 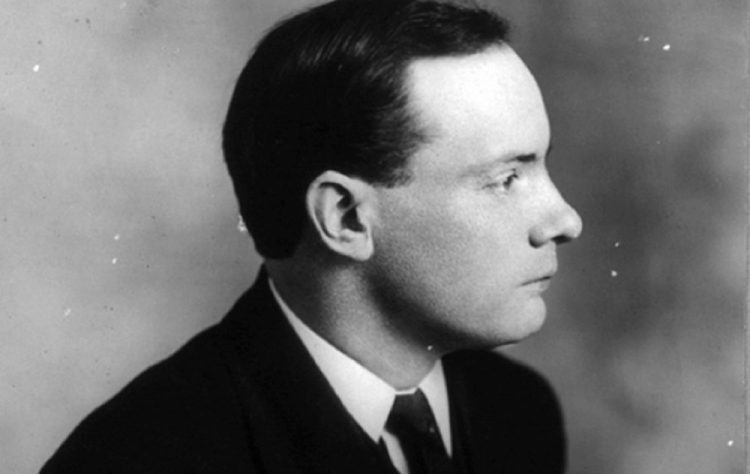 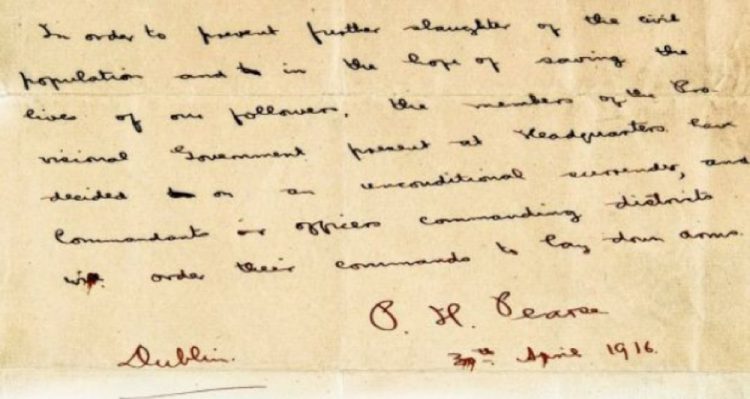 Above is the letter of unconditional surrender written by Patrick Pearse from Arbour Hill Prison on 30th April 1916 instructing all volunteers to lay down arms. He was executed along with the other signatories of the Irish Proclamation in Kilmainham Gaol on 3rd May 1916.

WHAT OUR CUSTOMERS SAY

It’s nice to have a quiet coffee at …

We loved this restaurant! we tried other fish and chips but this one beated them all! Very very recommended. Also the salmon was very good. Try the irish breakfast too!

Went twice in one day!

This place was so great! We went for breakfast and dinner in the same day. The service was great and both times we went it was packed. The prices are very reasonable and the resturant is very cute and has the homemade feel I love!

We stayed at the Kingfisher townhouse and had breakfast and lunch at the restaurant. The full Irish breakfast my wife ordered was good and an omelette I ordered was also good. For lunch my wife and myself ordered the fish and chips and WOW… that was an amazing dish! Probably among the best fish & chips I’ve eaten.

My wife and I stayed in the guest house while in Dublin for a concert and found it to be excellent. The room was clean and quiet and the staff were friendly and helpful even allowing us to leave our cases in reception for a few hours while we shopped. As for breakfast, Wow!! Kept us going for most of the day. Have ate here many times before and always try to go here when in Dublin as the food and service is first-class!! Would highly recommend both the guesthouse and restaurant to anyone who is visiting Dublin.

The KINGFISHER is spotless, very clean. The menu has a large range of food. Food is just beautiful, very tasty. Very good prices. 100% going back ! next time we will stay in their B&B.

Liked it so much we ate there every day

My grandson and I stayed in an apartment around the corner from The Kingfisher and ate there every day. The food was always fresh and delicious, and the service was friendly and efficient. In particular, the scones are exceptional, especially first thing in the morning when they’re still warm.

It was so good, I love the new homemade lasange with the proper chipper chips.

My Husband and I went back to Dublin for a second time this year. We ate at the Kingfisher Restaurant last time and returned for several dinners this trip. The grilled trout was the best that I have ever eaten. The people in the Restaurant are Wonderful.

This place is fantastic ! food is fabulous eat here every time i come to dublin and would advise anybody coming to dublin to try this place … everyting on the menu is fab